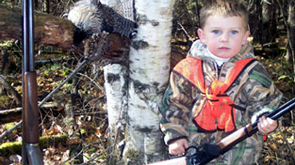 They used to call it the Wild West. And apparently, not much has changed. Yep, out there in Cowboy Town USA, they teach their younguns how to shoot varmints real early. And in Arizona last week, an eight year old did just that when he shot his father and lodger for reasons that aren’t exactly clear.

What is clear to most of us (although not yet to inhabitants of some more westerly states) is that shootings are one of the obvious risks we insist on keeping guns around like every day household objects. Here here in the United States of America. the second amendment reigns supreme – and so shootings like this remain our collective destiny. No surprise then that the United States has more gun deaths and school shootings than any other civilized nation on earth. And yet somehow, every time something like this happens we act like we’re so surprised. Here’s how it starts out there in Hicksville. Here’s a “dad” who probably belongs in jail.

What’s even more backward however, is Arizona’s desire to try this 3rd grade shooter as an adult – presumably so they can incarcerate him until he’s 18 – and then put him on Death Row and fry him. Because in Arizona, their “hang ’em high” legal system calls 8 year olds “adults”. But only when it suits them.  If he were being molested at this age, they’d be calling him a “child” and “protecting” him from adults. 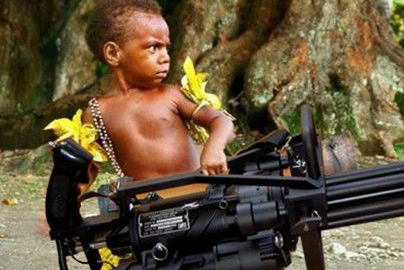 So this should be an interesting case – since there is some suggestion that this kid could very well be in both camps – a possible victim of child abuse and at the same timeÂ a fully aware adult criminal.

Ahh, you just gotta love the bible belt: An intoxicating and seductive mix of guns, Jesus and capital punishment.

So let’s straighten out the logic for Arizona because there’s obviously something in their Kool-Aid:

Either he’s a kid or he’s not. You don’t get to have it both ways. Any attempt to try this child as an adult should be roundly and universally condemned as immoral, hypocritical, invalid, logically inconsistent and constitutionally indefensible.

Yes, the boy has committed a serious crime and he must be dealt with. But let’s be blunt: Arizona – if you engage in this contrived legal schizophrenia and try this juvenile as an adult, you will forever prove that your “old fashioned” values are in fact rotten to the core – further, you are just begging for Federal regulators to legislate your collective asses into the twenty-first century.