Less than a minute after US Airways Flight 1549 to Charlotte, N.C. took off, Captain Sullenberger reported a “double bird strike” and asked to return to the ground. Minutes later, the plane was floating along the Hudson River. 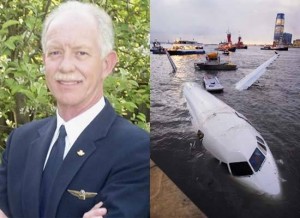 One hates to be a party pooper in the face of such an extraordinary outcome, but this website is about clear, logical thinking and so I have to raise an obvious question:

Was Chesley Sullenberger,Â the pilotÂ who that narrowly averted disaster by landing # 1549 in the Hudson really a hero? Were the emergency crews that responded also heroes?

Or were they simply true professionals, doing the job they were not only trained to do, but paid to do?

I have to conclude the latter.Â Sullengerger is undoubtedly a great pilot, but he had only two choices in that situation: a) Scream “We’re all gonna die,” put his hands over his eyes and duck under the flight controls in prayer, or do what any well trained, 40-year veteran, former F-4 fighter pilot would do in that situationÂ and attempt to land the plane (an Airbus A320)Â to the best of his ability -Â saving not just the lives of 150 others, but also his own.

Masterful pilot, yes. Hero, not really. Doing everything you can to prevent the plane you are sitting in from crashing is not necessarily heroic. (Oh, and it wasn’t a â€˜miracle’ either – because rational people don’t believe in miracles, do we Mayor Bloomberg?) It was plane old (excuse pun) seat of the pants, first class, gut reaction flying that saved the day. And I bet “Sully” Sullenberger would be the first toÂ agree.

We’re remarkably sloppy about the way we use the term hero. The soldiers in Iraq are heroes, our firefighters are all heroes, even John McCain was a hero.Â AmericansÂ really needÂ their heroes.

What these folk really have in common is something less radical. They are all doingÂ dangerous jobs; but jobs they willingly signed up for, are paid for, and sometimes revel in.

That is not to say that they do not deserve praise, or thatÂ we’re not eternallyÂ grateful for the job that they do – or evenÂ that some of them are not truly heroic, but they are not automatic heroes.

The events of 9/11 undoubtedly produced a number of real heroes: individuals who, knowing that their actionsÂ might result in their own death, nevertheless tookÂ action in order to help someone else. We will never know all the true stories of heroism that took place that day.

But simply being a fireman or a soldier,Â and getting killed as a result does not make you a hero. Particularly if you could not have predicted the danger. And on 9/11Â fewÂ predicted the collapse of the twin towers until it was too late. What these men were is incredibly brave in the face of danger, but there’s a difference between being brave and being a hero, and we’re dishonest if we don’tÂ make that distinction.Â Very few people willingly “give” their lives.Â People don’t usuallyÂ give their lives willingly -Â their lives are simply taken from them. The distinction is a real one, because one of the groups are heroes and the other is not.

The truth is thatÂ when something awful happens and someone dies as a result, we don’t know what to do or say – so we call them a hero – a sort of booby prize for having been needlessly killed. 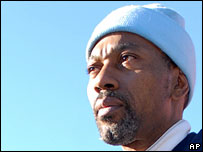 We’ve lost thousands of men an women in the Iraq war and we have little to offer the families of these soldiers in return. So we call their kids heroes who “gave”Â their lives for American freedom – and hope that will be some consolation.

The following real life individuals can properly be described heroes:

The man who risked his life by jumping into an icyÂ lake to save a kid he’d never met; the soldier who jumps on a hand grenade to save his colleagues andÂ Wesley Autrey, whoÂ jumped onto the tracks and rolled with 19-year-old Cameron Hollopeter into the trough between the rails at 137th Street station for no apparent reason other than the fact that it seemed a good idea at the time.

Spartacus was a hero when he slayed his friend Antonius in a duel to the death organized by the Romans – because the winner was to be put to death on the cross…Â which excruciatingly painful death brings me to another would-be hero – Jesus Christ (Superstar). Assuming he existed at all, Jesus might have been the ultimate hero, giving his life so that the entire world would be saved (well at least theÂ Christians). Except, Jesus was really just another manifestation of God himself – so I don’t believe this really counts.

One of Sullenberger’s neighbors, Candace Andersen, hit the nail on the head. She said thatÂ the “right pilot” had been in charge at the time of the accident.

So can we be more selective (and less dramatic) about our use of the word “hero”?

Because when everyone and anyone is a hero, it diminishes the true heroes.