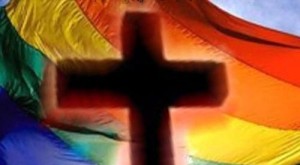 After all the recent progress in understanding human sexuality, some Christians still don’t, or won’t get it. Worse, they continue to perpetuate the cruelest lie of all for someone struggling to understand their same sex attraction: That a god can, and will change this essential characteristic.

Not only is this line of thinking anachronistic nonsense, debunked by scientific studies decades ago, but it’s a patent lie. And it’s the kind of lie that deals in a special kind of misery, where there’s no way out. And so thousands take their lives each year, as they (mostly teenagers) decide that since no change has taken place, even after years of prayer, it’s better to die than to disappoint their parents, and their god.

Leading theologians from the Southern Baptist Convention (SBC) are making news this week for again speaking out against ex-gay therapy, also known as reparative or conversion therapy. But what these theologians have been saying at the annual Association of Certified Biblical Counselors (ACBC) conference about how to respond to LGBT people, belies the supposed progress of rejecting these harmful, ineffective treatments.

Condemning conversion therapies doesn’t change the fact that Southern Baptists are still teaching that LGBT youth should be condemned and rejected unless they change. The only difference is that they now expect that change to come through “Biblical counseling” instead of psychological therapy.

So there’s a shift of shorts, but only to keep up with the times. But in reality, it’s just another classic case of moving the religious goal posts.

For a full read on the topic, see ThinkProgress.org