As of Monday, there had been 351 mass shootings in America in 2015, as the Washington Post reported, making for a rate of over one per day.

It’s official. Mass shootings are now the norm in America, as each incident simply bleeds into the next. 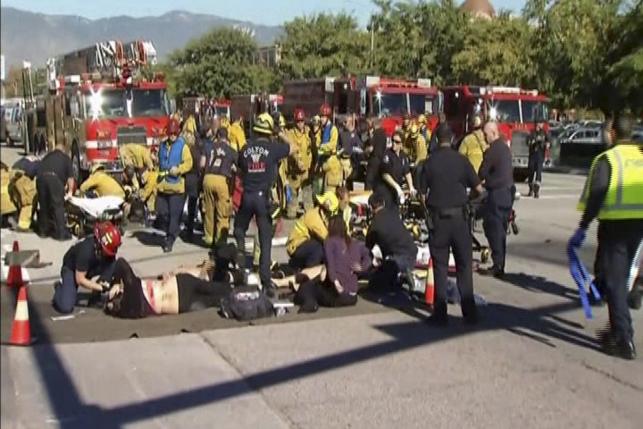 There’s simply no point in the continued reporting of this gun violence. Firstly, who could possibly be expected to keep up? And is this really to be considered “news”, when shooting sprees are a actually daily occurrence?

We’ve already said everything that needs to be said, and can be said on the problem of mass shootings, from repealing the 2nd Amendment to the need for background checks, to closing the “gun-show loophole”.

We can weep, we can pray, we can wring our hands in anxious desperation. We can scream for explanations. None of it will make one iota of difference.

We made our glorious Second Amendment bed. We need to stop bleating about it and either lie in it – or remake it. Meanwhile, the rest of the developed world is shaking its collective head in the wake of our continued poor choices.

These incidents will not cease, so let’s get used to it. Dead people are simply collateral damage that we are going to have to learn to accept in the wake of a constitutional anachronism and a population that cares more about its guns than its people. The quicker gun violence is accepted as a corollary of these choices, the quicker we can all stop paying for national therapy.

Let’s break it down one last time: Guns have a singular purpose. They were designed to kill. And that’s what our citizens are doing with them.

Surprised? You shouldn’t be.