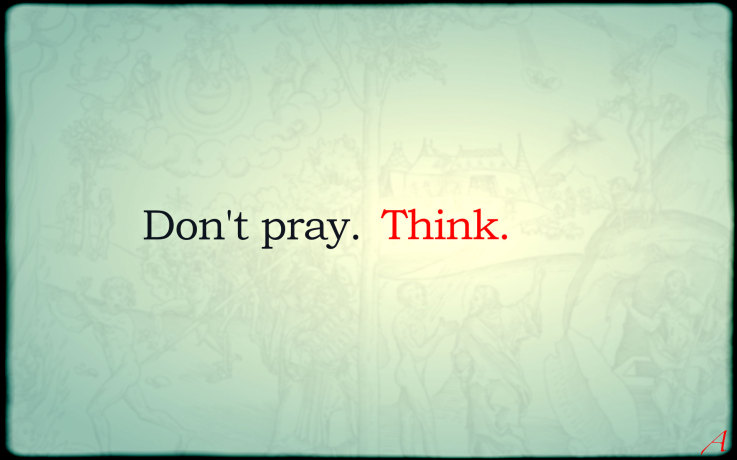 In the wake of America’s worst mass shooting, right here in Orlando, a few folk have asked me why I am so anti-religion and anti-prayer in this obvious time of need.

At the heart of every homophobic slur, every gay bashing and every massacre, lies the sordid legacy of religion. Anti-gay sentiment has its deepest roots in our holy books and these books are what continue bolster so many countries in their relentless persecution of homosexuality. As one Muslim cleric recently put it, the only point of theological debate is not whether the homosexual should be killed, but how it should be done.

The Bible is equally clear. If you’re in any doubt, you will surely be reminded of the Christian ancestry of gay hatred when the Westboro Baptist Church arrives in Orlando next week to start picketing the victim’s funerals, with their “God Hates Fags” banners.

In the case of the Orlando Pulse nightclub shooting, religion finds itself firmly on the hook of responsibility, whichever of the current news theories we choose. We already know the killer claimed to be an ISIS jihadist, but forget for a moment if you will, the Islamic-extremist angle on this rampage. We now have reason to believe that the killer may also have had issues with his own, apparently confused sexuality. And at whose door should we place that pitiful, stinking turd?

Of course there are moderate Christians/Muslims, but even those apologists who have been busy this week hash-tagging themselves into a supportive frenzy, will admit (if you have the guts to poke them hard enough and for long enough) that while they love the sinner, they still “hate the sin.”

It should be abundantly clear, that when it comes to the gay community, the church has a deadly legacy. For our community to invite the church to insert itself at every vigil and memorial service is deeply offensive to the memory of those that lost their lives at the hands of someone who was prey, on at least two counts, to the poison of his own religion. And while I struggle to deny anyone whatever tools they need to gain any margin of comfort at what we can accurately call a “god-forsaken” world, the gay community needs to understand that however benign it may seem in the hands of its moderates, religious ideology will never be more to us than a two-faced friend, praying with us in one moment and praying for us in the next. Allowing the church to dominate our grieving is to admit a massive Trojan Horse into our community and is the definitive example of Stockholm Syndrome. Even as I write, one victim’s family is having trouble finding a church to host a service for their dead boy because he was gay.

The truth is, if we are truly #OrlandoStrong, our community shouldn’t need the platitudinous comfort of any religion whose political institutions are complicit in our suicide, and are still fighting hard, every day, to deny us equal rights. We don’t need it. And we shouldn’t covet it.