ORLANDO, Florida: State prosecutors have decided to drop charges against a former Tampa teacher accused of having sex with a 14-year-old middle school student. Instead, having pled Guilty to two counts of lewd and lascivious battery, Lafave, 25, will spend three years under house arrest and seven years on probation. She will also undergo counseling and be classified as a sexual offender. (And bye-bye teaching license of course.)

The decision means Debra Lafave won’t go to trial, but more importantly the victim won’t have to testify. Prosecutors, defense attorneys and the boy’s mother wanted to avoid trial for the boy’s well-being. I say “more importantly” because there are those who would have preferred to prioritize putting Lafave in Jail over the teen’s welfare.

No one’s denying that this woman is a little odd. Her behavior may even be classified as inappropriate under the circumstances. It even seems clear that she needs therapy. But this was obviously a consensual sexual relationship. And despite the notion of equal rights, boys and girls are different. 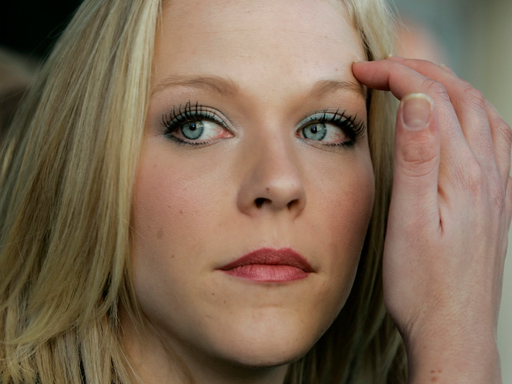 From the boy’s point of view, there was probably little harm done by this incident, at least until the authorities got involved and divided the situation into “victims” and “perpetrators,” as the law is apt to do. It may be an inconvenient truth, but my guess is that given half a chance, most of the straight, male youth of this country would line up around the block for just ten minutes with a porn-star like beauty like LaFave. Men are pigs. Even when they are teens.

But that’s not the point here. Here’s the point: The case is about what should happen in a situation like this once the deed is already done. And without a shadow of a doubt, the chief damage done in a situation like this is in the fall out after the fact ironically by those claiming to protect the boy. They want to “protect” him by putting him on the stand and running his life just so they can get at LaFave. Thus, the State is the new perpetrator.

Fortunately, outraged as she may be, the mother realized that putting her kid on the stand to testify against someone he was having fun with was not the way to make him a happy well-rounded adult.

There is no one that wanted to see Debra Lafave serve jail time more than myself, the boy’s mother wrote in an e-mail to the Ocala Star-Banner over the weekend. But she said the welfare of her son was more important.

So Florida finally did something right. It chose not to put the victim of this case on the stand and further destroy his future in the name of protection Forcing him to testify against someone he was obviously fond of would turn him into a sexually scarred, fearful and maladjusted kid who would probably be guilt ridden for the rest of his life.

If only she knew, the damage has probably already been done, because although that harm has been mitigated, the youth in question is still destined to live with the psychological consequences of this embarrassing episode for the foreseeable future. And having been at least partially emasculated by the judicial system, there’s a greater than average chance that we will wind up hearing from him again when as an adult, he acts out the underlying warped, sexual messages that he’s absorbed about his sinful sexuality.

Ultimately, the damage done by society’s protectors in cases like this cannot be computed. Because the only thing being protected are outraged moral values.

This young man did nothing wrong but follow his sexual instinct. Whether LaFave was right or wrong in allowing the relationship to develop, it is extremely unlikely that if left alone, this sexual error of judgment would have become anything more than a fond, faded memory of misspent youth.