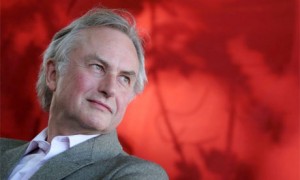 “The God of the Old Testament is arguably the most unpleasant character in all fiction: jealous and proud of it; a petty, unjust, unforgiving, control freak; a vindictive, bloodthirsty ethnic cleanser; a misogynistic, homophobic, racist, infanticidal, genocidal, filicidal, pestilential, megalomaniacal, sadomasochistic, capriciously malevolent bully. Those of us schooled from infancy in his ways can become desensitized to their horror…”

So says Richard Dawkins in the second chapter of his god-shattering book The God Delusion. 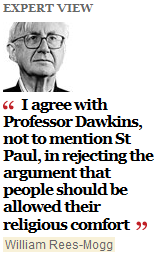 If you’ve ever read the Old Testament (and even parts of the new) then you’ll know that it’s hard to argue with this rather succinct summary of the God so many still believe in today. But does Dawkins need to be so strident? As one reader put it: “I’m an atheist, but I wish to dissociate myself from your shrill, strident, intemperate, intolerant, ranting language.”

Dawkins responds: “Actually, if you look at the language of  The God Delusion, it is rather less shrill or intemperate than we regularly take in our stride – when listening to political commentators for example, or theatre, art or book critics. Here are some samples of recent restaurant criticism from leading London newspapers:

‘It is difficult, if not impossible, to imagine anyone conjuring up a restaurant, even in their sleep, where the food in its mediocrity comes so close to inedible.’

‘All things considered, quite the worst restaurant in London, maybe the world… serves horrendous good, drudgingly, in a room that is a museum to Italian waiters’ taste circa 1976.’

‘The worse meal I’ve ever eaten. Not by a small margin. I mean the worst! The most unrelievedly awful!’

‘[What] looked like a sea mine in miniature was the most disgusting thing I’ve put in my mouth since I ate earthworms at school.’

The strongest language in The God Delusion is tame and measured by comparison. If it sounds intemperate, it is only because of the weird convention, almost universally accepted that religious faith is uniquely privileged: above and beyond criticism. Insulting arestaurant might seem trivial compared to insulting God. But restaurateurs and chefs really exist and have feelings to be hurt, whereas blasphemy, as the witty bumper sticker puts it, is a victimless crime.”

And so say all of us.

Excerpted with kind permission From The God Delusion by Richard Dawkins, Houghton Mifflin, 2006.
This blog was first published in February 2009.