Mankind’s selfishness and cruelty, will never cease to amaze.

Right now in South Africa, lionesses are being made to give birth to litter after litter of cubs for a barbaric industry you might not have heard about.

When Ian Michler, the lead reporter in the new MSNBC documentary “Blood Lions,” was investigating a “wildlife sanctuary,” he wanted to know where all the lions he saw came from — but he had a hard time getting a straight answer.

Finally, a bystander told Michler to take a road labeled “Strictly Forbidden.” At the end of the road, the filmmaker found several exhausted mother lionesses who had been forced to give birth again and again. 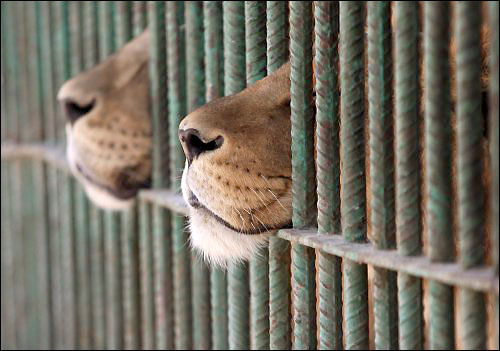 While there are only 20,000 to 35,000 lions left in the wild, the canned hunting industry has found it profitable to breed lions in captivity so that hunters can shoot them. Lion “breeding camps” are able to profit by taking cubs away from their mothers after just three to 10 days, so the mom can quickly get pregnant again … and her cubs can grow up to be shot. (In the wild, cubs stay with their mothers for 18 to 24 months, according to “Blood Lions.”)