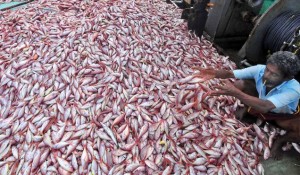 A new report has concluded that the ocean has half the fish it contained in 1970. Some families, like the Scombrids (Mackerels and Tunas) have dropped by 75%. The study has yet to be entirely confirmed, but it’s clear that marine fish stocks have dropped precipitously over the past 50 years. How did the situation become so dire? And what happens when the oceans are empty?

Taking fish out of the ocean isn’t like taking oil out of the ground. When all the oil is gone, well, there’s no more oil left. We will find something else. Wind, nuclear, solar. Once the oceans are empty, it’s a different story. The food chain collapses, and probably, we all die. But much as we think we care about our children and our grandchildren, all we really care about is ourselves. Today. Tomorrow is another day. 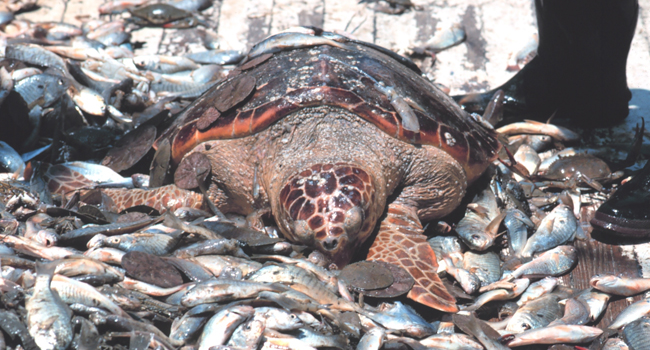 The study identifies overfishing as the largest cause for the decline. A look through old fisheries’ reports suggests that overfishing is a result of overconfidence rather than greed. In reports dating back to the 19th century, overfishing was identified as a threat to fisheries, but a common assumption was that aquaculture could compensate for any losses.

In other cases, stock depletion was a recognized danger, but most assumed that a fishery collapse would never occur. The Resources of the Sea, published in 1900 by Professor W.C. McIntosh, looked at the results of ten years worth of trawling on fish stocks, concluding that “some fishes, cod, herring, and mackerel, for instance, are said to be inexhaustible and need no protection…” Anybody familiar with the history of the North Atlantic Cod fishery knows how that turned out. Less numerous species “may be temporarily reduced in numbers by the fisherman…extermination, as a result of man’s efforts, is apparently impossible.”