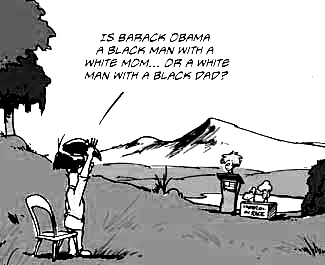 Today was a truly incredible day. And here at Stop The World, we’re colossal fans of Barack Obama. But is he really our first African-American president?

Is it up to Obama to decide? After all, the concept of “black people” and “white people” is a social construct. Or is it a matter of simple fact that he is neither. And if black people can claim him as their own, then can’t whites also make the same claim? After all his father disappeared from his life at an early age, it was his white mother who raised him. Surely his main identity then ought to be white?

Many would say that he is indeed white. Or at the very least an “Oreo” – black on the outside, but white inside. There does appear to be some evidence for this, like the fact that his wife and their two girls all straighten their hair. And when Obama quotes Kennedy he does not say: “Aks not what your country can do for you; Â aks what you can do for your country.” Ok, the last one was facetious.

Perhaps the decision is not ours but Obama’s. 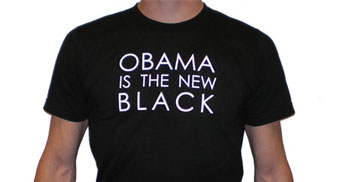 But if the United States is truly a “blended country,” where the racial distinctions become increasingly blurred, and increasingly irrelevant, why does Obama have to make the choice at all? Race should no longer be important as a distinguishing characteristic. And it seems that for him, it is not.

So Â the question remains – is white America really ready for a “real”, all-black president, or are we only interested in the Oreos of this world – or those who’s skin is a paler shade of black… the Tiger Woods, the Whitney Houstons, the Halle Berrys, and of course, the most acceptable blacks of all – the middle class Huxtables.

One thing seems certain. Whatever his race, his color certainly helped all of us. For the black community he was a gift and for the whites, well, voting for this young black man actually made us feel better about ourselves.

The appointment of Barack Obama represents more than the election of a likeable and competent candidate to the highest office in the land; it stands for a rejection of slavery, of our dubious history, of all the immorality and injustices that have gone before us – of all that is wrong with our society. 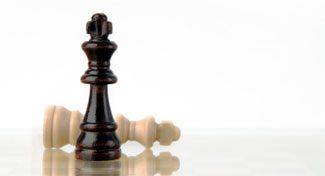 And in a classic triumph of good over evil, the black underdog has come to symbolize the righteous. The resulting inauguration has assuaged our guilt, vindicated our sense of fair play and eased our collective conscience.

This symbolism has given Obama the much hyped saint-like status that has been the subject of some mockery. However the truth is his triumph does have an almost religious aspect. It has allowed the American people not only to make the right choice, but to feel psychologically empowered by that choice – perhaps even pious. It symbolizes the metaphorical purification of our collective sin and granted us a radical social enema.

And while we’re hoping that Obama will manage to save our country – we’re banking on him to save us from ourselves.