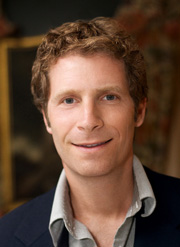 Seventeen years ago a charismatic young Democratic won the White House promising to end discrimination against gays in the military. Thinking it was a shoe-in, Bill Clinton underestimated the opposition. He overpromised and under-delivered, and in waffling on the issue, pushed equality down the road for what might become two decades. And counting.

Today a charismatic young Democratic has taken the White House again, with the same promise.Â  And again Barack Obama is saying, “let us wait.”Â IÂ argued recentlyÂ against those who want to punt this down the field.Â  And as if on cue, the Secretary of Defense said last week that the country has too much on its plate to stop firing gay linguists. When asked if there were any plans to finally end the ban on gay troops, he said that he and the president would like to “push that one down the road a little bit.” 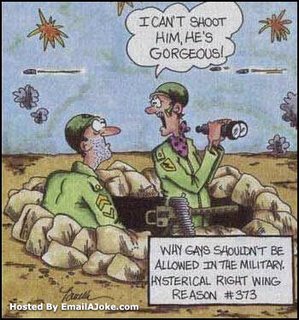 This is not just about some of us in the movement getting impatient; it’s about trying to make sure further delays on this issue don’t cause disaster, which is exactly what happened in 1993 when Clinton tried to resolve the issue by pushing it down the road for a 6-month “time out.” In trying to avoid the mistakes Clinton made on this issue, Obama may ironically be repeating them.Â  Already, hostility from the military and the religious right are re-surfacing and beginning to frame the debate in terms that will put the rest of us on defense for months to come.

Also last week, we got word that social conservatives are quietly moving into position, recruiting members of the military community to try to block equal treatment in the military.Â They have amassed 1000 signatures from retired officers calling for the gay ban to remain.Â And it’s not just happening on the fringe.Â  The likely strategy of conservatives in Congress is to drive a wedge between Obama and military leaders: if Republicans 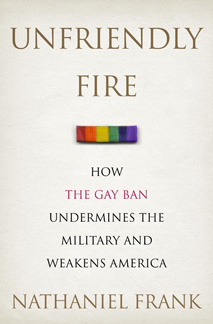 can ask the Defense Secretary or Chairman of the Joint Chiefs of Staff about gay troops during Congressional budget hearings this spring and elicit a tepid or negative response, they will have a golden opportunity to frame the debate: Military Tells President Lifting Ban Would Damage the Force.

When I spoke last year to the general who headed the Pentagon task force that helped write the current policy, he said the policy was supposed to be a temporary speed bump. “Fifteen years is too damned long,” he said.Â  And yet the window for reform may be closing.

Nathaniel Frank is author of “Unfriendly Fire: How the Gay Ban Undermines the Military and Weakens America,” and a senior research fellow at the Palm Center.