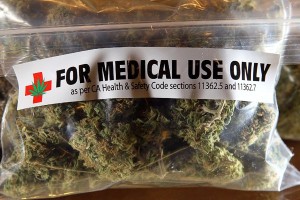 On Friday the three remaining defendants in the Kettle Falls Fivemarijuana case, which involves Washington residents who grew their own medicine in a state that allowed them to do so, weresentenced to federal prison. Rolland Gregg got 33 months—more than two and a half years—while his mother, Rhonda Firestack-Harvey, and his wife, Michelle Gregg, each received a one-year sentence. Those terms are much shorter than the potential sentences they faced when their trial started in March, which included a 10-year mandatory minimum. But any prison time at all for growing 70 or so marijuana plants would be anomalous in a state where hundreds of state-licensed businesses, serving recreational consumers as well as patients, openly grow and sell much larger amounts.

Federal prosecutors contended that the Greggs and Firestack-Harvey—together with her husband, Larry Harvey, who died of pancreatic cancer last August, and a family friend, Jason Zucker, who pleaded guilty just before the trial in exchange for a 16-month sentence—were growing marijuana for distribution. But there was little evidence of that. The five of them openly grew their plants outside the home that Rhonda and Larry shared in northeastern Washington, on a plot marked by a sign bearing a large green cross that was visible from the air. They all had doctor’s letters recommending marijuana for the treatment of various conditions, including gout, anorexia, rheumatoid arthritis, degenerative disc disease, and chronic pain from a broken back. Their plant total was below Washington’s presumptive limit of 15 per patient, and prosecutors could not cite a single sale by what they described as a criminal enterprise or any evidence of large illicit profits. 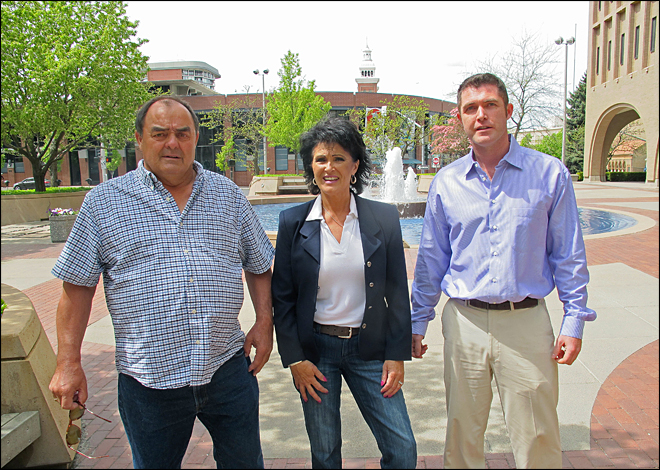 In this Thursday, May 8, 2014 photo, from left, Larry Harvey, Rhonda Firestack-Harvey, and Rolland Gregg stand in the plaza in front of the federal courthouse in Spokane, Wash. The three are charged with growing marijuana at a remote farm near Kettle Falls, Wash. Each face mandatory minimum sentences of at least 10 years in prison after they were caught growing about 70 pot plants on their rural, mountainous property. Medical marijuana advocates have cried foul, arguing the prosecution violates Department of Justice policies announced by Attorney General Eric Holder last year that nonviolent, small-time drug offenders shouldn’t face lengthy prison sentences. (AP Photo/Nicholas K. Geranios)